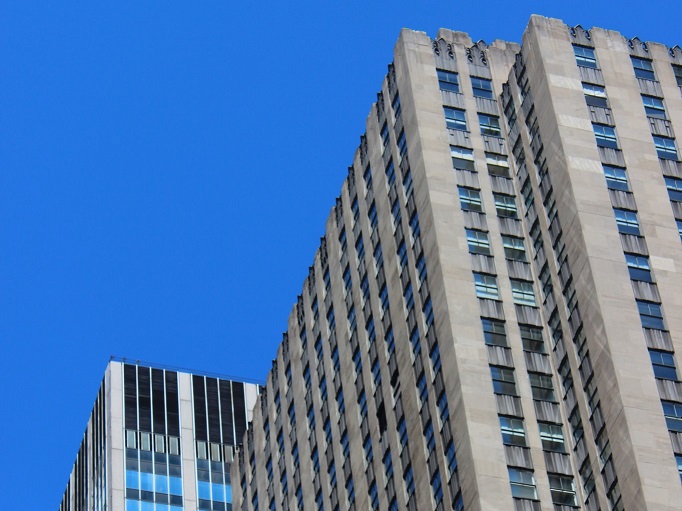 Frothy coffees. Funky spaces. Great neighbours. Green rooves. Walking to everything. Watching the sun go down from your exclusive eyrie. To read the PR patter of a hundred sales brochures right now is to realise that high-rise heaven is round the corner and up the lift-shaft. We have learnt, proclaim sleek developers and confident architects, from the mistakes of the past. This time people will be happy and the windows will clean themselves.

Are they right? Some market signals are hopeful. There is a market for top end residential flats high in towers. In modern, high-end, well-managed London developments with a reliable lift each floor is typically worth 1.5% more. Some robust sociological studies show that middle income or wealthy residents can be very satisfied with their homes as long as the blocks are well managed. And recent city-wide data shows that crime, particularly burglary, can now be lower in high-rise buildings compared to other housing. With more prosperous residents, controlled access, more expensive management and street locations, high-rises can be very safe places to live.

However, ‘take the long view’ and the data is more disturbing. What is the evidence of the experience of living in high-rise or large blocks on wellbeing and correlated factors such as children’s progress, physical activity and social interconnectivity levels? Clearly people can be happy in towers and miserable in houses and vice versa. However, our study, Heart in the Right Street, has reviewed 85 peer-reviewed academic studies which contrasted socio-economically comparable groups living in high and low-rise accommodation. 67(79%) found that high-rise residence was negatively associated with some aspect of wellbeing. Nine(11%) found no association either way. And nine(11%) found a positive association between high-rise residency and wellbeing. Living in large high-rise buildings is less popular for most, associated with higher levels of stress and mental depression (particularly for women in families), is normally inimical to effective child-rearing and seems to be normally associated with lower levels of social capital. Nor does very recent research suggest this is changing. One very recent study (though imperfectly controlled) found that Vancouver high-rise residents were less likely than those living in detached homes to know their neighbours’ names, to have done them a favour, to trust them or to believe that their wallet would be returned if lost locally.

Why is this? Three reasons stand out. Firstly, it often seems to be much harder to bring up children in large blocks of flats. Children go outside less when they live in high-rises. They spend more time playing alone or in restricted play. This is not without consequences. One controlled study, compared mothers of under 5s in the Newcastle estate of Cruddas Park. 62% of mothers living on the sixth floor or above reported difficulties with the ‘play, health [or] personality’ of their children. 53% of mothers in high-rise below the sixth-floor reported issues. However only 3% of mothers in houses reported issues.

Secondly, when the internal scale of a large building matches their external scale, towers can ‘atomise’ and dehumanise by taking away from residents any ‘control’ over who they will meet as they travel between their flat and the public realm. The can increase withdrawal and anonymity and decrease friendships. Residents may meet more people but they will know fewer of them. Research suggests that ‘the richest social environments are those in which we feel free to edge closer together or move apart as we wish.’ However, living in large buildings can undermines these bonds of social interdependence. And society needs these bonds. Professor Robert Gifford, has cited a very wide range of controlled studies that make this point emphatically. In one study, those with garden flats had three times as many friends in the building as those on high floors. In another study residents of low-rise buildings had fifty per cent more local friends than residents of high-rise buildings.

Thirdly, bigger more complex buildings cost much more to manage. A 2012 Cambridge study found that service charges rose as densities increased. One very experienced architect concluded that ‘it is inevitable that tall buildings have much higher management costs.’ This seems to be particularly the case as high-rise buildings age. Service charges in the Barbican Centre’s Shakespeare Tower are £8,000 a year. This is fine if residents or owners can afford it. But if they can’t, the communal area can become pretty unpleasant. This was what happened following the last high-rise boom. What is the long-term outlook for luxury towers in a post-Brexit outer London?

Flats in ultra-high density buildings have their place in the modern city. The platonic ideal of the high-rise resident will usually be a male(?), prosperous, childless, second-home owner. Towers can work. But they are, clearly, statistically, not for everyone.  Sip carefully because the coffee isn’t as frothy as it seems.

Nicholas Boys Smith is the director of Create Streets