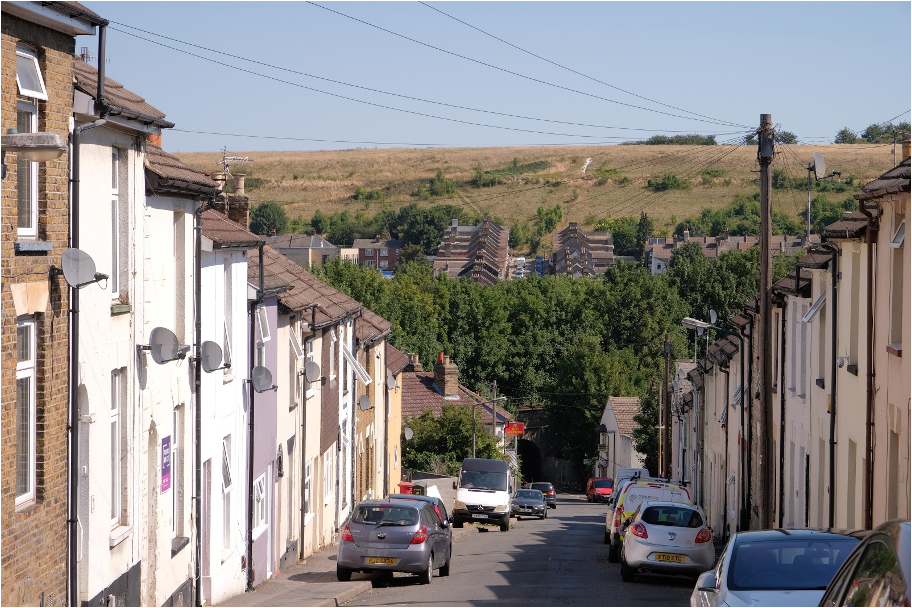 After all the hot take in the first 24 hours, here’s a more considered take from Toby Lloyd, the Chair of the Create Streets Foundation’s No Place Left Behind Commission.”

The sceptical take on last week’s long awaited Levelling Up White Paper it is that it’s largely a rehash of existing policies and initiatives, loosely bound together with some cod history of urban economics and vague buzz phrases – and critically lacking in new spending promises. Economist Diane Coyle summed it up neatly, saying that its subtitle should be ‘we are one nation, honest’.

There’s clearly some truth in this caricature, but it also misses the real import of the White Paper, which is in the overarching narrative that it sets out, and some of the under-the-bonnet changes to the way government does business that it contains. Reviving some of the regeneration objectives of the Blair-Brown years, or the Industrial Strategy goals of the May government, may not satisfy the media desire for novelty – but rebalancing the national economy is obviously a long term project that won’t be achieved by changing direction every few years. Would we really prefer it if they had just abandoned long promised policies like those of the Social Housing Green Paper, or the reform of the private rented sector?

In the absence of big investment announcements, pledges to reprofile existing funding streams may seem like small beer, but they could herald a really significant change in the processes and priorities that guide government investment for decades ahead – which are at least as important as the nominal amount of cash available for anyone one project this year. As an example, look at the 80/20 rule, which the White Paper finally (re)announced the death of. This arcane bit of internal government policy dictates that 80% of public investment in infrastructure for new housing must go to the half of the country where houses are least affordable – which is to say, the richer half gets most of the cash. There’s a logic to this – there always is – but it’s not a good logic. In fact the 80/20 rule was introduced in 2018 as a result of a tortuous negotiation between Philip Hammond’s Treasury and the Theresa May’s No. 10. I had the misfortune to be part of that wrangle: all I can say is that, like laws and sausages, anyone who cares about public investment decisions really should take care to avoid seeing how they’re made…. That the 80/20 rule is still dictating the pattern of spending years after both left office shows just how powerful these tedious technical rules can be – and how they can survive political changes once they’re embedded in Whitehall processes. So I think the commitments in the White Paper to targeting geographic inequality and ‘rewiring Whitehall’ accordingly could be potentially genuinely transformational – if they lead to real changes to the funding rules and the bureaucratic processes that apply them. The ‘revamp’ of the infamous Treasury Green Book, announced at the autumn Spending Review, will be vital to this.

Similarly, it’s easy to mock a document that copies chunks of Wikipedia’s pages on the economic origins of Jericho (the trade in essential oils, apparently), but bringing a bit of narrative coherence to the huge amount of things that any government does is no mean feat. That narrative is essentially that the geographic distribution of stuff matters, and that boosting the economies, environments and lives lived in left behind places should be a goal of spending and policy choices.  That sounds pretty basic, but as the 80/20 rule shows, it’s not how the system currently operates. Neil O’Brien, Minister for Levelling Up, describes the traditional Treasury view as being ‘we’re only going to water the plants if they start growing.’ If a principle that watering should actually precede growth gains credence within government it will come to influence a lot of decisions for years to come – and over £250bn of spending and 130 policies are linked to plans in the White Paper. Despite the fears of paranoid politicians, civil servants do not generally have a grand plan they’re secretly working to, and are desperate for clear guidance as to what their ministers really want. As ministers frequently can’t actually give them this, a big picture objective can be hugely influential in guiding decisions – especially if it comes with clear metrics. ‘Build more homes’ is something departments can understand, even if the rest of government policy in their area is riddled with contradictions. For that reason the White Paper’s emphasis on gathering better data, evaluating what works, and reporting annually on progress, could have lasting impact – and after a decade of cuts to data collection will be very welcome, at least to us policy wonks.

Finally, there’s no denying how much political capital the government has staked on the levelling up agenda. I might have expected them to quietly drop it long ago – but instead they have repeatedly doubled down on the commitment. They are now absolutely on the hook to deliver – and without huge amounts of cash to do so. That suggests to me that they will be more willing to consider genuinely radical policy change as the only way to achieve their ambitions – for example, reforming the private rented sector and toughening up Compulsory Purchase rules. And don’t forget that this is a White Paper – it’s essentially the start of a strategy making process, not the end. All of which makes the next stage of more detailed policy development a critical opportunity for influencing government.

Specific bits I think are interesting, relevant or worth keeping an eye on – many of which are policies the No Place Left Behind Commission called for back in September.

In sum: despite its flaws and gaps, there’s a fair bit in the White Paper that deserves support – and plenty more that we can work with in trying to secure meaningful reform.

Toby Lloyd, Chair of the Create Streets Foundation’s No Place Left Behind Commission