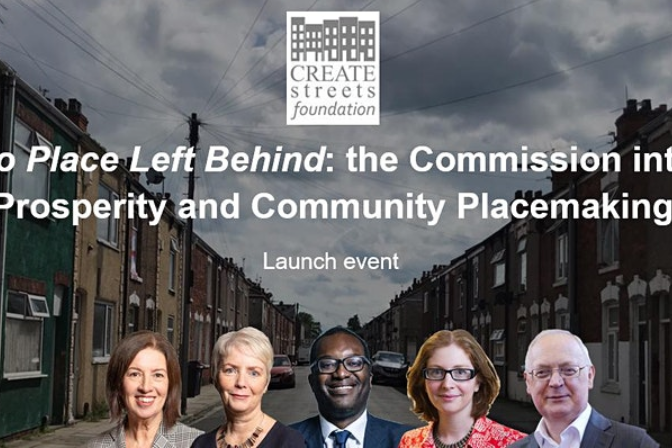 The Commission, chaired by Toby Lloyd, former Housing Adviser to the Prime Minister and Head of Policy at Shelter, and initiated by the Create Streets Foundation, seeks to help ensure that levelling up benefits those that live and work in ‘left behind’ places.

This event marks the launch of the final report of the Commission. The event will be co-hosted by the APPG for Left Behind Neighbourhoods and is being sponsored by Paul Howell MP.

The event will be chaired by Vidhya Alakeson, CEO of Power to Change.