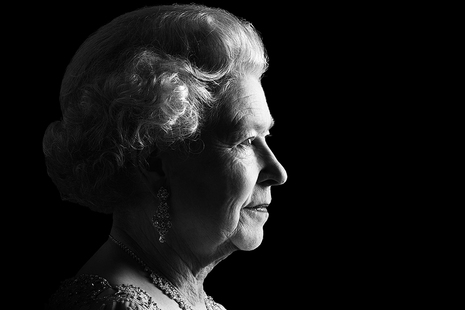 How should London physically commemorate Queen Elizabeth II? It’s a subject that will be widely and deeply discussed in the months, years and even decades to come.

Here are some early thoughts that might guide our collective thinking.

Firstly, commemoration should be significant and meaningful. The longevity of her reign and the significance of her service merit an intervention in London’s fabric and nomenclature which is of the first order. Elizabeth ll should be part of London’s future, of the web and weave of London’s daily life for centuries, even millennia, to come.

Second, it should be true to Elizabeth II, to her standards, nature and service, ideally to her love of nature and to her adaptive and small ‘c’ conservatism. This is not a time or place for the overly weird and wacky. But, by the same token, Her Majesty’s self-deprecating genius was to combine an acceptance of the forward movement of life that is inescapable with the respect for the past that is necessary. So should this memorial.

Third, it should not be part of something that is in itself physically controversial. No knocking down of homes to build huge statues please!

Fourth, it should make life better for Londoners and those who visit London. Commemoration should be combined with amelioration. By bringing a daily smile to people‘s faces, cleaning the air, connecting us, beautifying or greening the city or in some way helping us all to lead happier and healthier lives.

Finally, this is not a zero sum game. Victoria has more than one commemoration in London. A tube line. A station. Nineteen statues. And at least 40 streets. So can Elizabeth II. She already has a tube line, in fine and royal purple. That need not, should not, be all though it does raise the question: might an additional monument or intervention intersect with the Elizabeth Line in the way that Victoria Street runs to and Victoria Line intersects with Victoria Station?

Two ideas at least have already emerged. (And no doubt others of which I am unaware).  The first is to erect a statue to Elizabeth II on the fourth plinth at Trafalgar Square. This does not seem to rise to the occasion. Her Majesty would be paired with William IV on the opposite plinth and behind two Victorian generals. All are towered over by Lord Nelson. Placing Her Majesty behind two imperial panjandrums and on a par with one of her less illustrious predecessors does not seem sufficient. (William fathered at least eleven illegitimate children. Few now recognise the names of the Generals Napier and Havelock.)

Another idea is to erect a statue on the green to the North of Westminster Abbey, in front of St Margaret’s Church between Victoria Street and Parliament Square and south of the section of street known as Broad Sanctuary. This seems more appropriate. The site is big enough to take a large statue on a raised plinth. Winston Churchill is across the Square. Her grandfather is nearby. The site is between Parliament and Buckingham Palace. It is in a location connected with the commemoration of the war dead, a mission understandably close to the late Queen’s heart. (In addition to her own service in uniform she lost uncles on her father and mother’s side in both the first and second world wars.) The location is also besides the Abbey church founded by Edward the Confessor where Her Majesty was married, crowned and commemorated, one of the most sumptuously beautiful of all of Britain’s great churches, entirely rebuilt for Henry III in Caen limestone and sheening Portland marble. There is no higher Gothic vault in England. Nor a more purposefully regal one. This is definitely a runner but I worry that a statue besides Westminster would be rather lost. In honesty no one really goes onto the green by Borad Sanctuary and I would aspire to do something that would affect move lives more frequently.

So here’s another idea which, as I say, does not necessarily need to be instead but could be as well and which I think rises to the challenge of recognising someone whom I have no doubt history will regard as one of our gently wisest monarchs. Surely, as London now has an area known as Victoria, so in future we should have a central neighbourhood known as Elizabeth? The area to the north of Mayfair, Soho and St Giles and to the south of Marylebone and Fitzrovia through which Oxford Street runs has no real name. Oxford is doubled up as a name on a street and a circus (does it need both?) and the important (if ugly) junction between Oxford Street and New Oxford Street with Tottenham Court Road and Charring Cross Road has no name at all, though it is sometimes, incorrectly, referred to as Tottenham Court Road due to the tube station presence at that junction. Frankly, Oxford Street is an embarrassment as a national high street, scummy and polluted with narrow pavements, no trams and insufficient trees. National boulevard it is not. And nor is its name ancient. It was Tyburn Road until the eighteenth century as it ran to the village (and gibbet) of Tyburn where Marble Arch now stands and where, for centuries, London’s felons were taken to be hanged by the neck.

Creating Elizabeth Town seems to me to have many advantages as a core part of London’s commemoration of Elizabeth II. It is material. It can last into the future. It can improve lives and London and support prosperity and the environment. It intersects with the Elizabeth Line. It creates a new name for a part of London where there is space for one. It can transform one of our worst streets into one of our best. It can improve air quality and rise a statue to the late Queen where thousands will pass it every day and many millions ever year. It even intersects with another great regally-influenced street, Regent Street which links the Palace and St James’s with Regent’s Park. A statue on the current Oxford Circus could even look down to St James’s and Buckingham Palace.

No doubt this is not quite right but I think there is something here. What do you think? Is this a runner? This is something Create Streets will return to so please do send us any thoughts or suggestions you have. We would be so grateful.

Nicholas Boys Smith is the Director of Create Streets