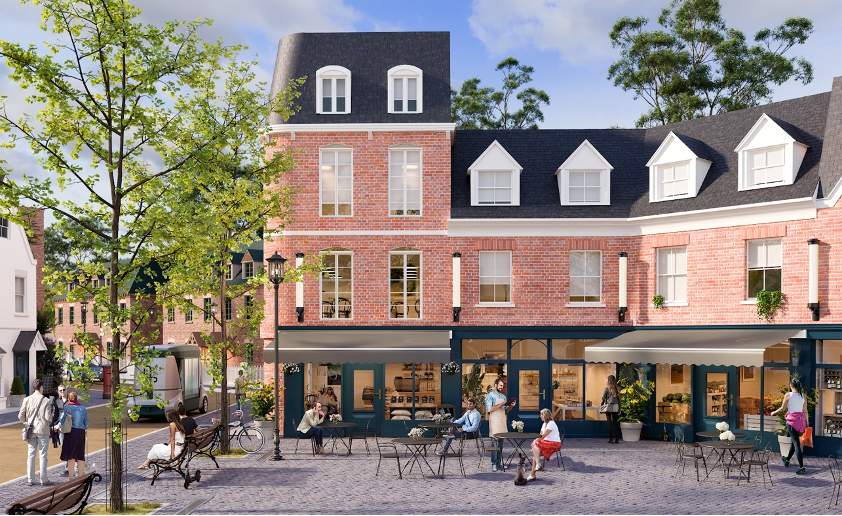 The bad news is that there is no single answer to developing sustainably. Anyone who says there is, is selling you snake oil. Passivhaus in the middle of the countryside anyone? A ‘sustainable’ building made out of concrete? A ‘green wall’ that never grows?

Self-evidently future (and existing) buildings will need to be energy efficient. However, a truly sustainable approach, a ‘deep green’ approach, will need to be more broadly based: location, transport, building form, longevity and materials all matter. Let me focus on one where we too often let the ‘best’ be the enemy of the ‘good.’

Twenty years ago, Lord Rogers proposed an Urban Renaissance. His task force argued that Britain’s towns should be better places for more sustainable living. His argument was strong. It has led to many important improvements, in cities like London and Manchester. But it was not flawless. Some subsequent development visions have made a naively unnuanced argument that high density development is the future and the answer to all our housing needs.

But the broad mass of the British people has rejected this vision. They seek the joys of the garden suburb: the place to call your own, the places “which even when they are communal are not official – the pub, the back garden, the fireside and the ‘nice cup of tea’” as George Orwell fortuitously put it. Even pre-Covid, the most popular form of home in this country, as nearly everywhere, is the private house. People want space. The consequence is that most of our developments are untouched by the Urban Renaissance: low-density, drive-to cul-de-sacs. But new homes which rely upon miles of new roads are not the affordable, sustainable future to which we aspire.

Fortunately, there is an answer that often works, that has many of the advantages described by Lord Rogers and which is also more popular with the public. I call it ‘gentle density’: optimising between the undoubted sustainability and connectedness advantages of propinquity and the personal benefits of more space and on-plot access to greenery and personal space. At its best gentle density is a network of beautiful streets and squares, of mansion blocks and terraced and semi-detached houses anchored around a village green or a local corner-shop; tree-lined avenues, streets that children can safely walk along, beautiful houses that cherish and evolve the local vernacular and nestle thoughtfully in the landscape. Such places tend to be more popular, and more prosperous. No one ever complained that a town had too many squares. People respond more warmly, innately and organically to streets which have coherent complexity, colour, texture, and whose forms and features mimic, however imperceptibly, some of the patterns of nature. And they walk in them more. This is how you help people lead sustainable, and better connected, lives.

If the bad news is that there’s no one ‘quick fix’ to developing sustainable, the good news is that a key part of the answer is not just good for the planet but good for our souls.

Nicholas Boys Smith is the director of Create Streets